Case study: How a Welsh fudge producer got invoices paid in 2 days

Migle Barauskaite
Meet Matt and Ben's Proper Fudge Company. With 7 Great Taste awards under their belt, they sure do know their sweets. Ben Robertson, the Director of Matt and Ben's has shared his story with Investly of how they went through the invoice finance process and what impact it had on their business.

Matt and Ben's is an artisan producer of gourmet confectionary. They make their fudge, toffee, brittle, and dessert sauces right out of Gwynedd, Wales. The idea came to life after Matt Robertson, Ben's brother, earned a degree in economics but had job search woes in London during the time of the financial crisis. When he returned to his childhood home in Wales for Christmas, he saw his mother making fudge and got the great idea of selling it and starting a business. Today, they pride themselves on making fudge just like they would make it at home - using seasonal and local produce, and only top notch ingredients. 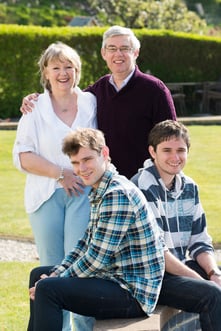 Just like many other UK businesses, Matt and Ben's faced long payment terms on their invoices. But what is a business to do when ingredients have to be bought and salaries have to be paid? Instead of refusing orders and hurting growth, they decided to search for a better way to manage their cash flow.

They explored options like going to a bank, but the bank's thresholds were too high for a small business like theirs. They also looked into factoring, but got recommended Investly as a "21st century solution" by a local business mentor. It fulfills all their needs by charging only a very small discount and doesn't tie them into any long term commitments. Their answer was right in front of them.

Matt and Ben's went ahead with Investly and auctioned off their first £2,600 invoice. They described the process as being incredibly easy where all they had to do was upload their invoice and the money was in their account only 2 days later. They used these funds to ramp up production for Marks and Spencers and get closer to their next goal of crossing borders and exporting their fudge into Europe and Asia. 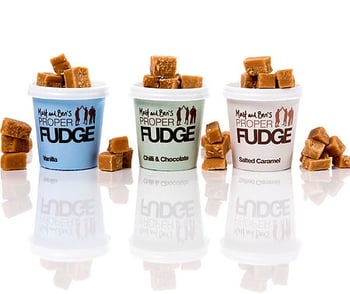 Investly was there for Matt and Ben's where typical banks and factoring providers fell short. The possibility to quickly release cash from their invoices and grow their business was one that they couldn't pass up. Recently, they have financed their third invoice and proclaim that the clear process and excellent customer support they have received throughout the process will definitely keep them coming back for more.

Want to see if Investly can help your business? Fill out your company info here and you'll also be getting your invoices paid faster than ever before.