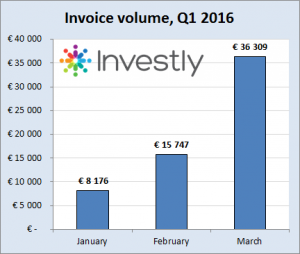 The quarter has come to an end and it's time to have a look at the data. The first quarter was quite busy as we started offering invoice discounting not just in Estonia, but in the United Kingdom as well. Invoice discounting is doing great in Estonia, both local and international investors have quickly adapted to this new investment vehicle. During the first three months, investors financed a total of €60,232 of invoices. In the UK, the first invoices were financed in March, the total volume was £7,853. Business loans, which are only available on the Estonian market, reached a volume of €63,116. All in all, investors supported Estonian small and medium enterprises with €123,348 of capital. 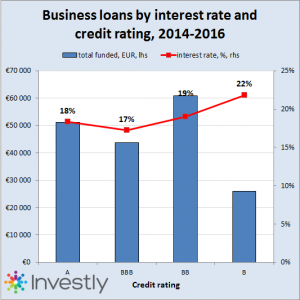 *Average yields and durations are weighted and net of defaults.