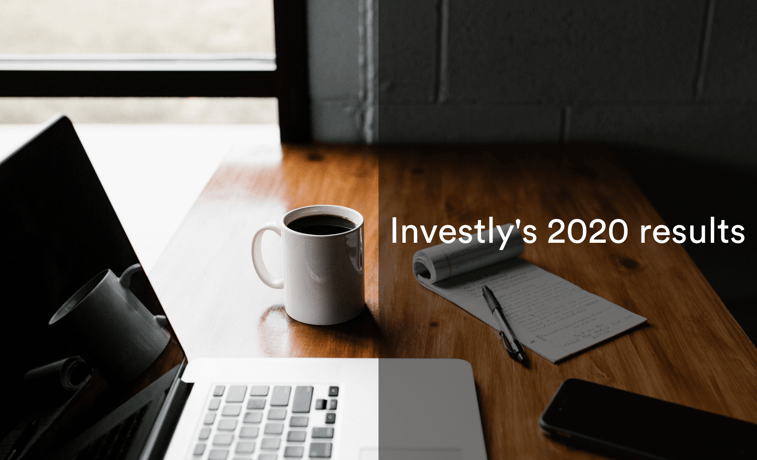 Investly team wishes you a successful start to the year. May this year bring joy to you and your family. Thank you for being with us and we hope we can offer you good opportunities this year as well. Below you will find a brief overview of our progress last year and expectations for the new year.

According to the Bank of Estonia statistics, in the first 11 months of 2020, the nationwide factoring turnover of financial institutions was 14.1% lower than in 2019 and fell to the 2016 level. At the same time, on Investly platform, the factoring turnover in 2020 slightly exceeded the 2019 results, and we can be satisfied with that. The turbulent times in the economy made entrepreneurs cautious and there was significantly less activity. In terms of the activity of invoice sellers, the most modest was the third quarter 2020 on Investly platform, when the financing volume was 20% lower than in the third quarter of 2019. In contrast, the first, second and fourth quarters of the year were more than 24%, 3% and 6% better than last year and leveled off the smaller volume of the third quarter. December also brought a good surprise. While the volume of financing in the Christmas month has traditionally been very low, December 2020 was the month with the largest financing volume of the previous year and as much as 43.3% better than December 2019.

A year of high interest rates

The corona-pandemic did not leave the crowdfinancing sector untouched. Many investors relocated their investments, and changes in the supply-demand balance also affected the price of funding. In terms of investor interest, the second quarter was most modest. The weighted average annual interest rate then rose by more than a third, to 12.11% in April, 12.12% in May and 11.59% in June. In the same period of the previous year, these indicators were 8.38%, 8.43% and 9.09%. It was not until September that the average annual interest rate fell back to the usual 10%.

The payment deadline for all invoices financed on Investly platform in 2020 has not yet arrived (11.7% of the amounts are still due), but currently the weighted average financing period in 2020 was 42.6 days and invoices were paid on an average in 44.6 days. It is also too early to say the final amount of investments in default in 2020, but according to current data and forecasts, it should remain at 0.3% of the financing volume of 2020 - these are the invoices from one invoice seller to two different buyers. Based on these results, we assume that the average yield of a 2020 platform investor should be 8.39%. In contrast, the average yield in 2019 was 7.44%. The income earned by investors on the platform in the form of interest and default interest last year now exceeds the results of 2019 by 3.3%, and as 11.7% of investments are still being repaid, it promises to increase.

Thank you for being with us and we wish you good investments this year!