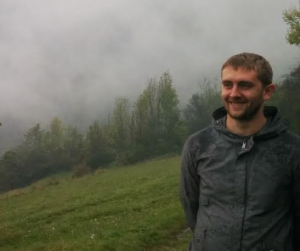 Our previous investor interview featured a Brazilian e-resident, Eduardo. This time, we decided to introduce you to a local investor. Indrek is a product engineer at Transferwise. Engineers being engineers, he decided to build a robot that invests on his behalf. Before we get to that, here's Indrek in his own words:

The journey so far has been wild, super excited about the startup scene happening right here, in Estonia. It gives a lot of ambition to people who see it happening somewhere else other than Silicon Valley. The ride has been truly educational. Banks make things seem so complicated, when they don't have to be. And other times they just lie to customers. It is truly a revolution in the banking industry. I'm a startup fan, I like building things out of nothing. You get to experience everything in building a company. I also like the occasional jogging.

How and when did you discover Investly?

I discovered Investly through a friend of mine about half a year ago.

You can use autobidder at Investly, but you programmed your own bot to do that for you. Can you tell us about that?

So, Investly's autobidder is pretty basic, you input amount and the minimal APR. I know it's still in beta, but I was anxious to try to build something on my own fast and I got a bit carried away with it. The first concern that I had, was that it was really trigger-friendly. So, a new invoice comes in and I'm already bidding. I'd like to think that Investly is doing a great job eliminating risk, but I'm quite risk averse. So in the simplest case my bot checks if the buyer has any previous delays in payments.

Another thing was that currently I don't know when I'm getting paid back. I'd like to be notified instantly. These were small things, but a pretty big issue that I started noticing later is that sometimes I have a bunch of money laying on my Investly account, not making any interest for 3-4 days. Since the amounts are small anyway in my case, I'd like my funds to be invested at all times. So, I started scraping the site, keeping a history of all the invoices, in the end I can look back last 4 weeks and see what are the days when invoices come in historically, I can already say that there are rarely invoices on Friday and Saturday, Sunday are off anyway, so I'll have to put most of my money in on Thursday, I'll also have to calculate the next days when other money is coming back from work and plan a good strategy for those amounts. But at the same time I also need to keep in mind that risk must be distributed, so I can't go all in on Thursday, I'll need to distribute the amount accordingly among the days before Thursday. It's an interesting problem to have, I can only solve it with decent amount of data.

Another idea I had was automating the bank transfers, so the bot would notify me to get ready to input my mobileID PIN numbers, when it did the transfer on the bank site, but maybe that's taking it too far. It is possible though... I could also scrape all the investors from the biddings and analyse their investing strategies. But we'll see.

What do you think is the advantage of invoice financing before other investing options?

Short term, huge APR investments! Also the risk compared to other crowdfunding sites seems to be low. I remember when I was young I put 500 EEK on a term deposit for a year with an APR of 2% or something ridiculous like that. I couldn't use my money for a year and actually lost money due to inflation. I was very disappointed. Huge ripoff. I think this is a very good way to put my money to work and use it when I need it. I tried Bondora once, but the ROI was ridiculous. Other than that I haven't seen any good investment opportunities for small amounts like this.

Is Investly the only crowdfunding platform in your portfolio?

Currently yes. I was looking into crowfunding real estate, but the ROI is not that good and it's way too long term and too much risk. Of course I'll need to consider other options to distribute risk.